Get fresh music recommendations delivered to your inbox every Friday.
We've updated our Terms of Use. You can review the changes here.

POLITICS CAN BE FUN! A musical journey through the flaws of party​-​system democracy. 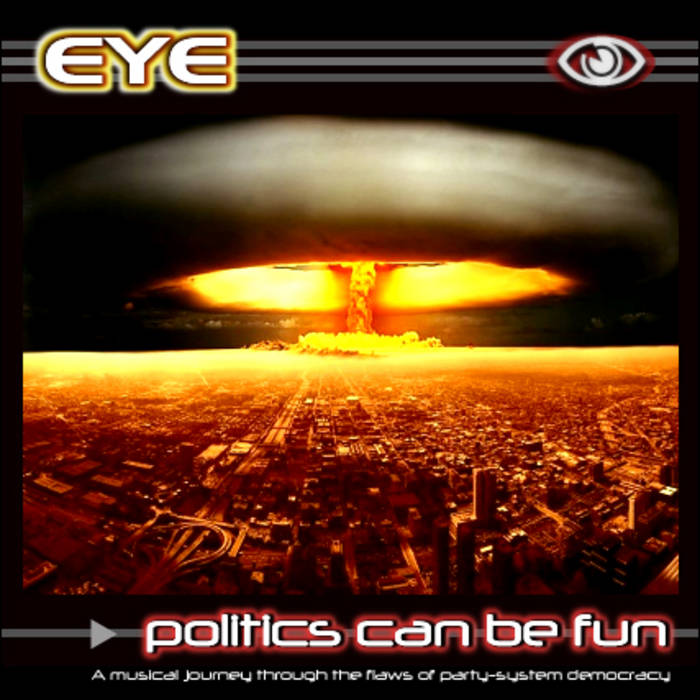 Some info on "POLITICS CAN BE FUN! ... A musical journey through the flaws of party-system democracy."

"ALBUM OF THE WEEK" on several Australian radio stations including Brisbane's 4ZZZ and Canberra's 2XX.


"Mandate!" was a huge hit on non-commercial non-government radio stations across Australia. It is fair to say it was played nearly every day on multiple community/college stations across the country from late 1998 through into 2000 and was still very popular in following years.

"Mandate!" is a well-regarded protest anthem against the unpopular government of the time who were voted out of government by 62% of voters but remained in power because of flaws in Australia's election system.

"Mandate!" was even played a few times by sneaky DJs on government radio stations like "Triple J (JJJ)" which officially sought to avoid the track because of the sampling of politicians.

Even so the video for "Mandate!" was shown on the national ABC and SBS TV stations. The song was also played in nightclubs and at protest rallies.

"Mandate!" broke EYE out of genre-specialist music programs and on to prime-time radio slots like breakfast and sunset-drive-home-time shows. It was often played several times per day on the same radio stations. This was a unique achievement for an Australian "electronica industrial" music project, especially one that's self-managed-independent and did not at that time play live.

Other tracks that received a lot of radio play across Australia include:
- "Party Politicians are Puppets"
- "Puppets (for cartelists & monopolists)"
- "No Mandate!"
- "Uranium Mining..."
- "Saving the Senate..."
- "Deception of the House of Representation..."
- "Action = Life!"
- "Transnational Corporations own 90% of Australia but pay less than 8% of the tax"...
- "Respect That Mandate!"

This online re-issue contains some tracks that were not on the original CD:
- "Nuclear Waste Dumps in Australia? (U.S. made it; U.S. can keep it!)"
- "The Invisible Government behind The Party System" - which was released on some compilation CDs
- "Party Politicians (part 3) - won't you please shut up & ...?"

These along with several other tracks were intended to be re-recorded and released on a 2nd "Politics can be fun" CD but that did not eventuate. And one track has been removed for inclusion on a future set of music.

Having said that EYE received money back from only 5 of those record stores - the ones they could visit in person! After the government's GST (new tax) came in most of these stores stopped stocking independent music projects.